Synergy is a highly sought after pest extermination company in Jackson

A new study uncovers the mechanisms by which icipe’s push-pull technology conquers the Fall Armyworm, currently one of Africa’s most devastating and challenging pests

In 2016, the Fall Armyworm, a destructive butterfly that causes devastating damage to more than 100 plant species, including cereals and horticultural crops, was first reported in Africa. Initially confirmed in Nigeria, the pest has spread rapidly, making its way across the continent, defying most attempts at control, leaving farmers, governments and other stakeholders powerless. The damage caused by the pest is so intense and relentless that some countries, such as Rwanda, have integrated defense forces into its management. In 2020, FAW caused an average annual loss of 36% in maize production alone; and a total economic loss of $200 million, in Africa.

In 2017, push-pull technology, developed by the International Center of Insect Physiology and Ecology (here), Rothamsted Research, UK, and its partners in East Africa, has become the first documented and readily available technology capable of effectively managing FAW in an environmentally friendly and cost-effective manner. The push-pull’s ability to control FAW was originally based on observations by farmers. These reports have been confirmed by field assessments and socio-economic assessments by here researchers, who showed that FAW infestation was 80% lower in plots where push-pull technology was used, compared to monoculture maize plots.

Now a study of here and Keele University, UK, published in Frontiers in Ecology and Evolution (paper link), established the scientific mechanisms by which push-pull technology conquers the Fall Armyworm. The results also reveal intriguing new properties that reaffirm push-pull as a rare success story in agricultural innovation; its superiority as an agroecological technology exploiting natural insect-plant and insect-insect interactions; and its distinction as a platform for improving cereal-livestock mixed farming systems. (Watch the short video: )

“Plants emit a range of unique odors. Over time, insect pests have developed mechanisms to use these signals to locate suitable plants to feed on and the most optimal oviposition sites on plants,” explains Amanuel Tamiru, here scientist and one of the main authors of the study. He adds: “Once plants are attacked by pests, they release chemical compounds in an attempt to defend themselves. However, these plant efforts are not always effective because in many cases the pest population is already entrenched by then.

Originally developed to control stem borers, push-pull technology involves intercropping cereal crops with plants, for example legumes from Desmodium kind, which permanently produce defense odors even in the absence of pest attack. These defense compounds repel (push) borer moths from the target food crop. In addition, a forage grass, for example brachial, is planted as a border crop and releases chemicals that attract (attract) and trap stem borers. As a result, the grain crop is protected from pests. Otherwise, Desmodium also removes parasites Striga weed. The legume produces two sets of compounds: one that stimulates the germination of Striga seeds and another that inhibits their growth after germination. Currently, a climate-smart push-pull incorporates desmodium Greenleaf (Desmodium intortum) as an intercrop and brachial cv Mulato II as a border crop. Push-pull also improves soil fertility and reduces mycotoxin contamination, a major food safety hazard. (*See full list of push-pull benefits on page 3) 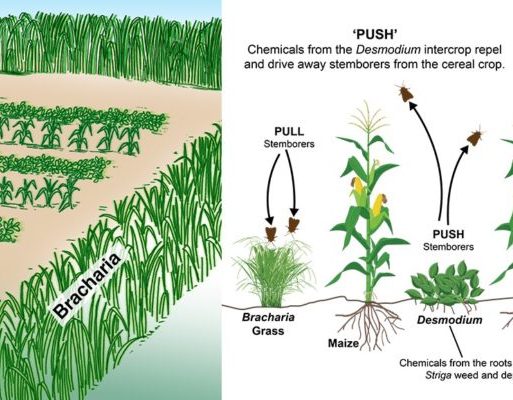 The recent study by here and Keele University shows that, just as in stem borer control, Desmodium acts as a growth plant against the fall armyworm. It releases chemical scents that keep moths away from the pest, preventing them from laying eggs on the grain crop. Thus, the chances of pest populations growing are reduced.

“Amazingly, we found that unlike the previous case where it served as a ‘pull’, the edge plant, brachial, works as a ‘growing’ plant that also repels FAW pests,” says Professor Toby Bruce of Keele University and also co-lead author of the study. “Even more interestingly, we noted that both Desmodium and brachial emit chemicals that attract (attract) the natural enemies of the fall armyworm.

“This is the first comprehensive study that reveals the underlying mechanism of how push-pull companion crops help manage the devastating fall armyworm. Our results also provide further evidence that push-pull has much broader utility beyond its original purpose of controlling stem borers, and thus, the huge potential of the technology to improve food security in Africa.” , says Islam Sobhy, former research associate in chemical ecology, Keele University. .

This new knowledge will here and partners to continue implementing a pest control program against the Fall Armyworm, integrating: push-pull technology; Natural enemies; biopesticides; and varieties of cereals resistant to the pest, which have been identified in here to research.

In addition, these findings advance global knowledge on exploiting insect behavior and stimulation and deterrence approaches in pest control. Such strategies are not new to science. But, unlike other studies that often target a single chemical and a single stage of the pest life cycle, push-pull research studies a wider range of behavior-affecting chemicals produced by a variety of plants, which which makes it difficult for insects to develop resistance. Additionally, push-pull technology uses no synthetic deterrents or toxins; it purely exploits natural plant-induced stimuli to manipulate pests.

“Push-pull’s ability to manage such a devastating and difficult pest as the Fall Armyworm clearly demonstrates the usefulness of the technology as a platform to address the multitude of challenges that affect grain systems and farming in Africa. here intends to continue to spread the technology as widely as possible across Africa, to enable farmers to benefit,” said Dr. Segenet Kelemu, Managing Director and CEO, here. 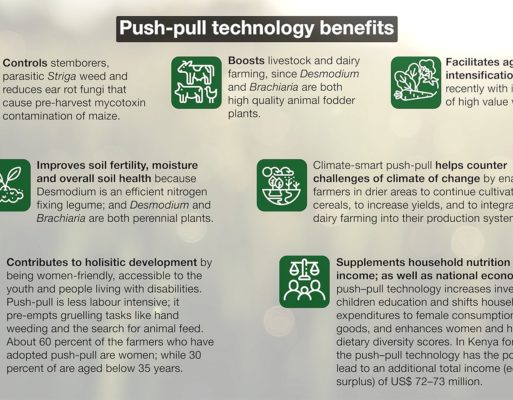 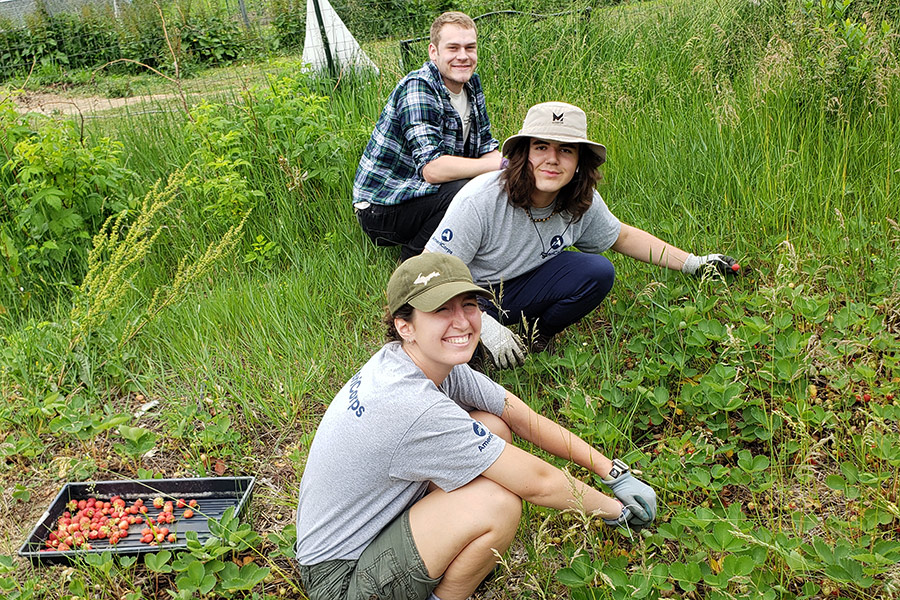 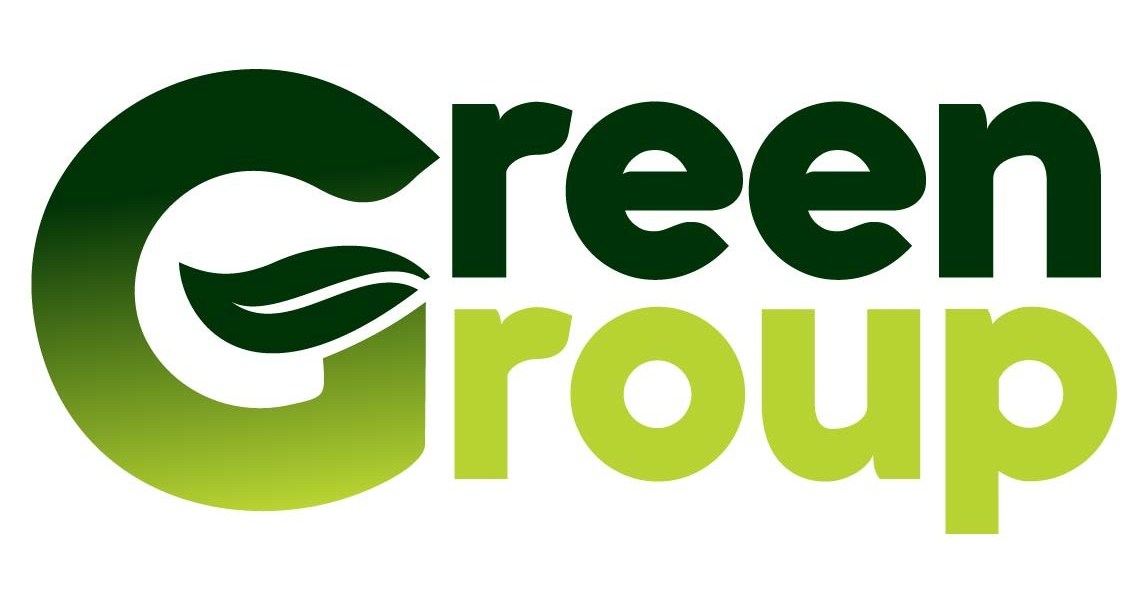 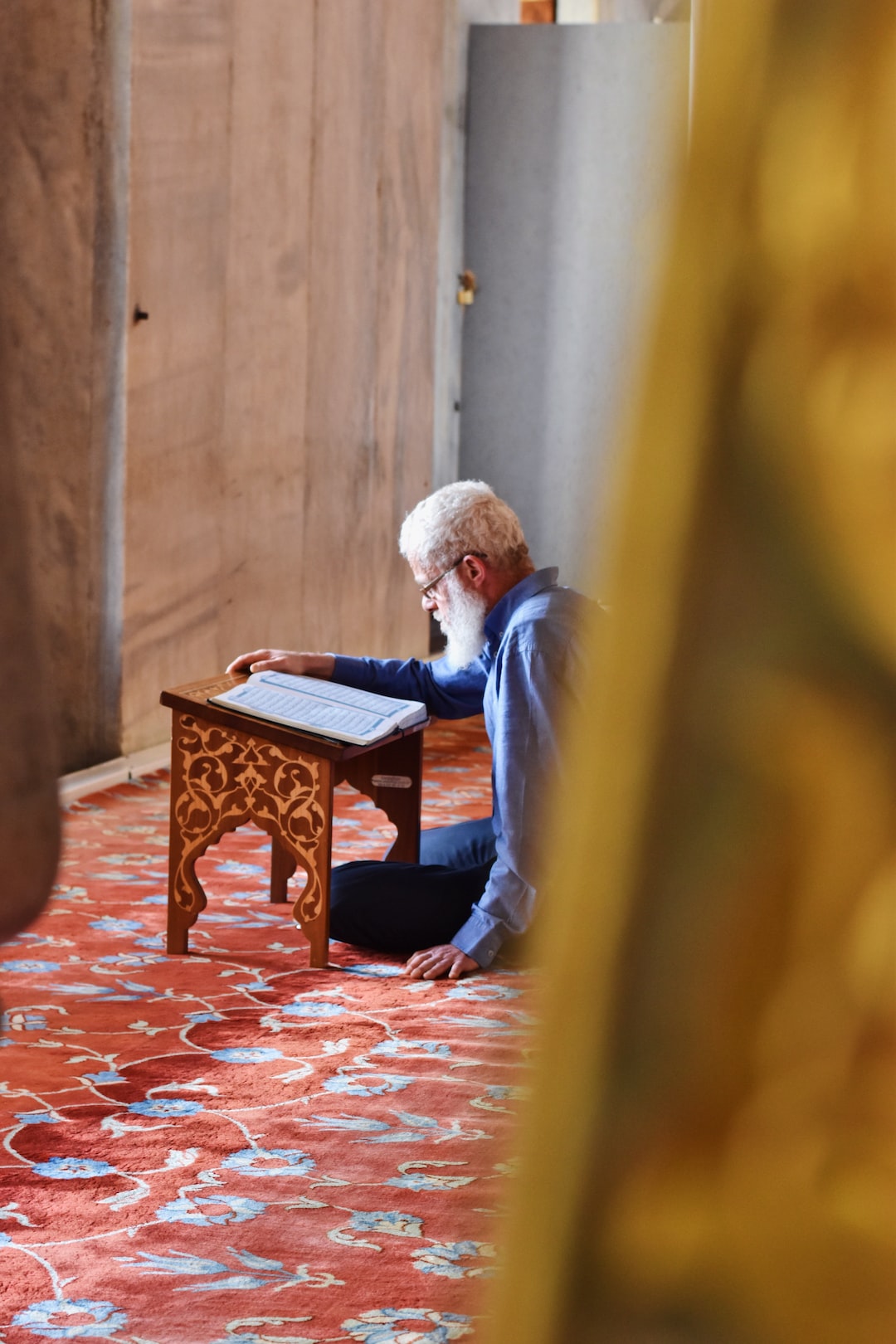